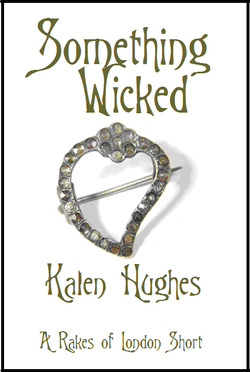 Something Wicked
A Rakes of London Short
FREE DOWNLOAD

Scandal is impossible to avoid . . .
Eleanor Blakely is only too aware that her reputation dangles by a very slender thread. One false step, one mistake, and the entire world will know the secret her family has struggled to keep hidden. Unfortunately, she’s found herself in the midst of a desperate series of wagers with a consummate charmer . . .

And even harder to resist . . .
Viscount Wroxton isn’t exactly sure what twist of fate has kept his friend Blakely’s sister on the shelf, but the inveterate little gamester is too fascinating to ignore. The fact that she has five enormous—and protective—brothers is hardly worth thinking about . . .